Lungworm in horses and donkeys

Lungworms are white in colour and are between 6 and 10 cm in length. The lifecycle of lungworms is different to other nematodes as adults settle in the lungs rather than the intestine. Eggs are laid which then travel up the trachea, eventually being swallowed and passed out in the faeces.

Further development then takes place on the pasture, before infective larvae are then swallowed by horses or donkeys to develop into egg laying adults.  It is extremely rare for lungworm larvae to develop to full maturity in horses as the horse is not a good host for that particular parasite. Horses can be infected with lungworm, but they do not mature in to egg laying larvae in any numbers to sustain a population on the pastures. Exceptions to this in horses can arise in very young or old horses and seriously depilated horses whose immune systems are impaired.

It has been remarked that a large percentage of donkeys carry lungworms (more recent research is now disputing this with levels been quoted as low as 4%, yet other surveys quoting 70%). Often showing no clinical signs of infestation, it is in donkeys where the parasite reaches full maturity. Donkeys do not always develop the symptomatic cough that is seen in horses, but if horses are grazed alongside donkeys then particular care must be taken to treat for lungworms accordingly, with particular attention to foals as they can sustain permanent lung damage if infected.

Diagnosis can be done through the actual physical and clinical signs which might be moderate coughing, a slightly increased respiratory rate or even severe persistent coughing and respiratory distress. Faecal egg counts can be used to determine lungworm levels, but a sedimentation test is required so at least 3 times the amount of faecal matter needs to be supplied to the laboratory. 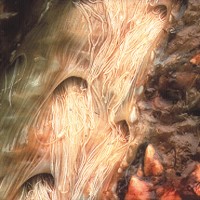